On how the heart got squeezed

Over the last few decades, the worldwide level of education has slowly increased. Although in some countries the process is very slow, in most countries more kids are going to schools, and in already well developed countries (in terms of education) the percentage of students that reach the level of tertiary or even higher education is exploding. The UNESCO even described this explosion in access to education as ‘massification’[1]. More than in any period of the existence of humanity, there is now a focus on the development and use of the brain.

While this trend is totally in line with modern civil views that it is better to fight with words than with weapons, a serious societal crack is now appearing. It’s called ‘polarization’.

In a world where, for decades, verbal capacities have been put on a pedestal, and where debating skills are a conditio sine qua non for rising to power, we have forgotten a basic evolutionary weaving error. This truth – which is kindergarten knowledge for any advertising or PR professional – reads: Emotions eat arguments for breakfast.

For as long as we have known, in a democratic society politics (and public government) has been the domain of reasonable people who displayed (but never solved) their disagreements by standing up and producing words. As populations grew in size, societies grew more complex, and the words politicians used more and more became highly specialized jargon. What has never changed is that not once in political history have all these wonderful words been so convincing as to actually move a member of one political party to another – a curious phenomenon. Political debating has become a rather boring cultural ritual needed to pass the years between elections. (This way of talking with closed minds is eloquently characterized by Otto Scharmer within his framework of Theory U as ‘downloading’.)

The experience of politics as, in some ways, verbal theater slowly became clear to those who were not so into words: the ones who were not able to make it to highly esteemed higher educational institutions and thus denied verbal eloquence as a means to power. Their response was obviously not verbal, but emotional: first the feeling of being overlooked and unimportant, then finally irritation, even turning into angriness. Hence: the breeding ground of polarization.

One simplified, but still interesting, view on human energy sources talks of the triad of the head, the heart and the gut. Where higher levels of education stress the development of the head (brains), the allergy to this verbal trend has been moving people down the spine rather than up, making them focus primarily on their gut feelings or even lower. Consequently, it has seemed that a growing part of society is functioning on two entirely different operating systems: brains versus balls. This has created the perfect social conditions for the expansions of two diagonal positioned cultural bubbles. Because, as an old saying goes:

‘A man convinced against his will, is of the same opinion still.’

As often happens when two extremes collide, the one in the middle – the heart, here representing the power to balance – gets squeezed. Where arguments and instincts battle for control, the soft power of acting according to values easily becomes inaudible. To come back to a more stable world, the challenge therefore has to be to strengthen each and everyone’s capacity to slow down and listen more carefully to each other while focusing on essential questions, such as what makes life worth living? Because as it appears, when focusing on the beauty of life, as human beings we find our common ground again. Like Sting tried to tell us when he sang:

‘the Russians love their children too’.

There are already many international days of such and such, but maybe it is time for a ‘World Beauty Day’. Because one thing is certain: if we don’t develop a stronger ability to share what deeply moves us, we will never again understand what can unite us. 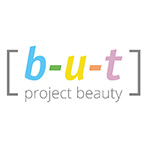 Send us an email instead.